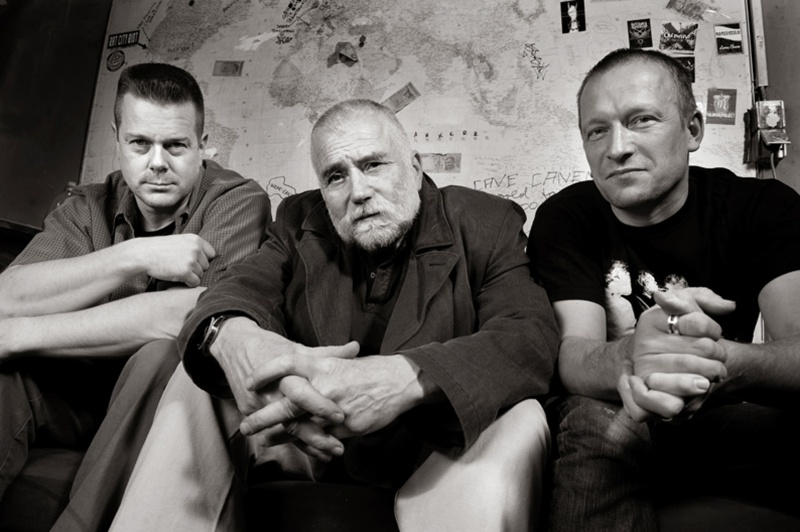 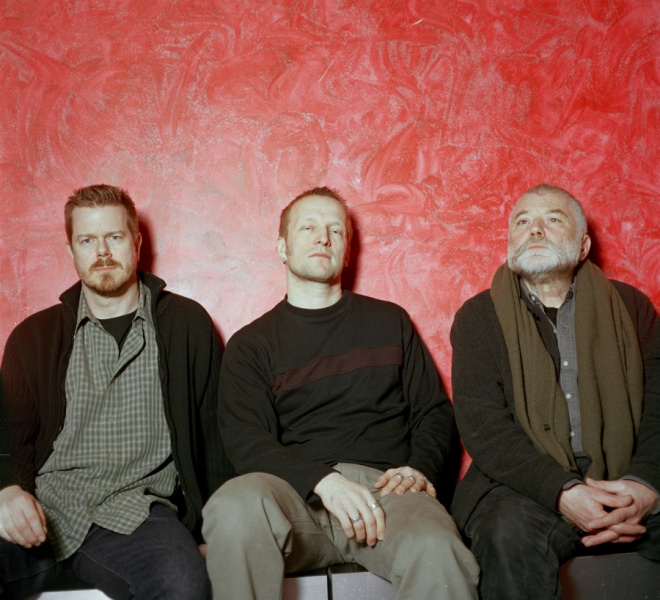 Peter Brötzmann, Mats Gustafsson, and Ken Vandermark are three of the leading voices in contemporary improvised music. Together they have formed SONORE, a reed trio organized to investigate the melodic, rhythmic, and textural possibilities of freely improvised music.

Working together in the PETER BRÖTZMANN CHICAGO TENTET since 1998, these musicians first performed in a trio formation during the June, 2002 North American tour with the TENTET for a radio broadcast on CKUT in Montreal. It was clear from that first concert that this line-up was musically unique. They worked together again that fall, performing and recording during a festival organized by Gustafsson in Ystad, Sweden. Both of these initial encounters provided a fascinating starting ground for the trio's instrumental combinations and communication, but it was during their first tour of Europe in October, 2003 that the group's identity and approach fully developed.
Two weeks of concerts that saw the three playing every night in cities ranging from Vienna to Istanbul, Ljubljana to Cologne, travelling by plane, train, and van with their equipment (alto, tenor, baritone saxophones; Eb, A, Bb, and bass clarinets; taragato and flageolet) enabled them to explore an open-ended range of improvisation on a daily basis and accelerated SONORE's creative growth.

Luckily, a number of these concerts were recorded, including the final performance of their tour which took place in Cologne. This document was released as "No One Ever Works Alone," on Okka Disk in September, 2004 as the group's first album. The trio organized a North American to coincide with the CD's release to bring their music to audiences in the U.S. and Canada for the first time.

For more than three decades German multi-instrumentalist Peter Brötzmann has been a central figure for the European improvised music scene. Today he leads two of the most significant ensembles playing this music, the DIE LIKE A DOG TRIO and the CHICAGO TENTET. Mats Gustafsson is one of the most innovative improvisers of his generation, working on a regular basis with musicians like Joe McPhee, Barry Guy, and Thurston Moore, as well as leading the free jazz ensemble, THE THING. Since the mid-Nineties, Chicago has been one of the major international centers for improvised music and Ken Vandermark has been at the cutting edge of its development both as a musician and as a presenter and organizer. SONORE's music integrates the varied musical backgrounds of these three musicians, blending common ground and building new directions in improvisation.
Unlike the traditional jazz saxophone quartet, this group doesn't attempt to replicate a classical string ensemble by placing the musicians in hierarchical roles (i.e. the lowest member of the band laying down a foundation through ostinatos, vamps, or other means of support for the higher pitched instruments to be featured over, either through the main melodic content or featured solos).

In SONORE, solos, duos, and trios built from various reed combinations shift and develop through spontaneous musical requirements. The group explores sonic textures, melodies, integrated rhythmic statements, or whatever other musical techniques seem to inspire them and the music during their improvised performances. SONORE's music is intense, beautiful, introspective, cutting-edge, and could be played by no one else.