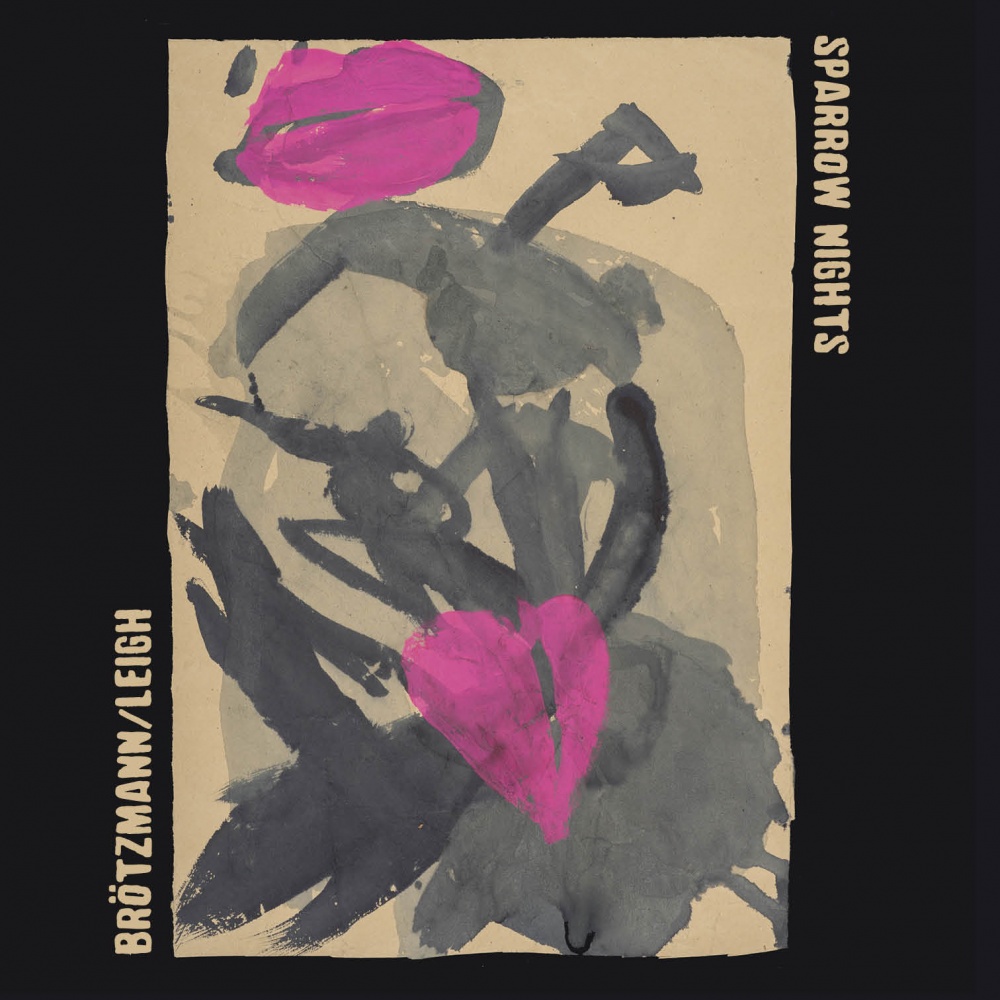 Heart-wrenching and achingly desolate music — some kind of spooky ambient blues that sounds like it could go on forever, and maybe has been.- Hank Shteamer (Rolling Stone, Dark Forces Swing Blind Punches), 2018

There is complexity in simplicity, and Sparrow Nights is Peter Brötzmann and Heather Leigh's most enduring record to date, and their first studio album. A series of emotionally rich and boldly elucidated tonal and timbral exchanges played like compositions on pedal steel and reeds, the tracks (released as a 6 track LP and 10 track CD) are cold-forged minimalist blues motifs dragged from instrumental laments.

After three years playing together Brötzmann/Leigh's connection and understanding is by now both cerebral and deeply invested in the physical and sensory possibilities of their combined sound, while retaining a melancholic distance. Within this duo there is fluidity – neither is the anchor – and these recordings sound with as much variety as the sea. At times Sparrow Nights carries the clarity and poeticism of still water and open horizon ("This Word Love"), and at others it contains the elemental and ferocious roar of white water breakers on black rocks ("This Time Around").

On their previous three live albums (Ears Are Filled With Wonder, Sex Tape, Crowmoon) the duo have developed an intimate and intense language that manifests here as a focus on power and control, where figures blasted of unnecessary decoration are drawn from the shadows and smoke of collapse. The studio setting also allows Brötzmann to bring a broader range of reeds than in live scenarios: where previously he has played primarily tenor, clarinet and tarogato with Leigh, here he delivers the heat of alto and the low pressure of bass saxophone and clarinet.

Brötzmann’s duo with Leigh continues to trace a fresh new arc in his trajectory, and this release also falls at a time when Leigh releases Throne, her most song-based record to date. Here as a studio duo they play a new-old blues for times of complexity, noise and chaos, continuing to redefine and re-sound possibilities for improvised music.