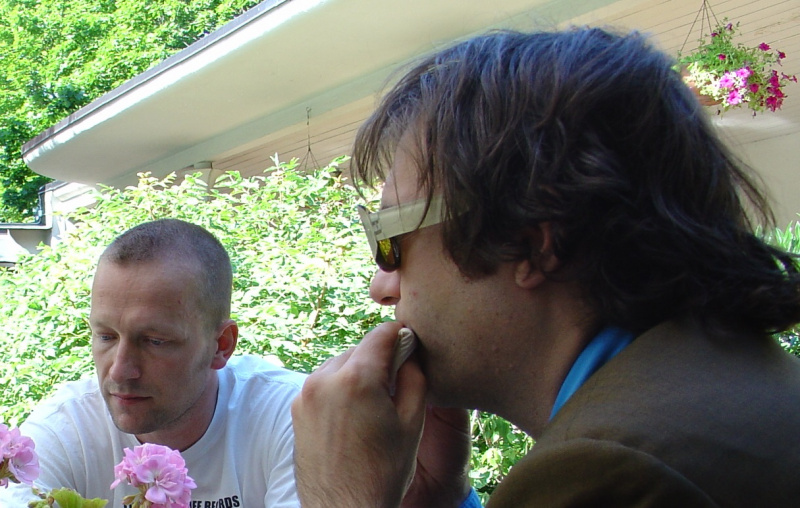 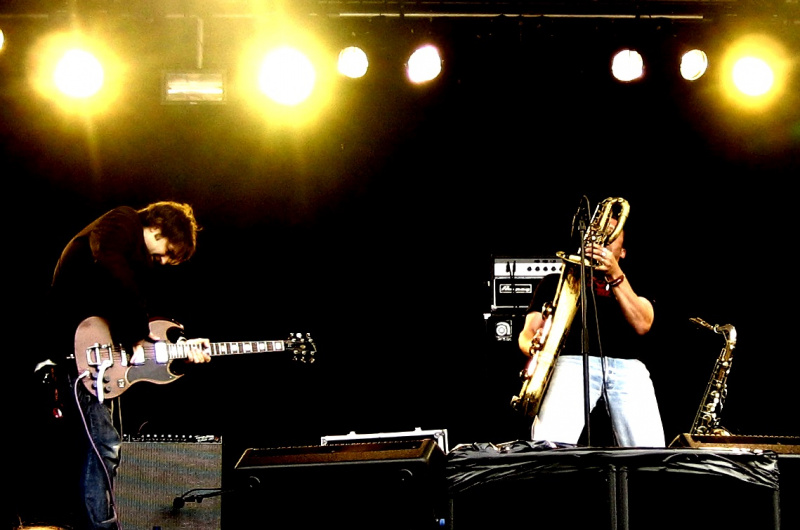 
Jim O'Rourke is an American musician and producer. He was long associated with the Chicago experimental and improv scene but moved to Japan in recent years. Known for his idiosyncratic tastes, and regarded as something of an expert on modern experimental music, he has released albums of jazz, noise and guitar rock music. O'Rourke has collaborated with the likes of Thurston Moore, Derek Bailey, Nurse With Wound, Fennesz, Henry Kaiser, Flying Saucer Attack etc and also worked as a producer for eg Wilco, Stereolab, Smog, Faust, Tony Conrad, U.S. Maple. a.o. O'Rourke has released a large number of albums and was once a member of Illusion of Safety, Gastr Del Sol, Red Crayola and Sonic Youth.

Mats Gustafsson is a Swedish reed player, improviser, composer and a stalwart on the modern jazz and improvisation scene. His extended saxophone techniques draw equally from the fiery free jazz blowing tradition and the European microtonal school. His hundreds of albums - either as a leader, in groups (Fire!, Fire Orchestra,The Thing, The End a.o), or his many collaborations - showcase an encyclopedic knowledge of jazz, blues, the vanguard classical tradition, folk and even popular music. He has recorded and toured with a variety of players including Peter Brötzmann, Joe McPhee, Derek Bailey, Neneh Cherry, Evan Parker, Jim O´Rourke, The Ex, Tomeka Reid a.m.o.