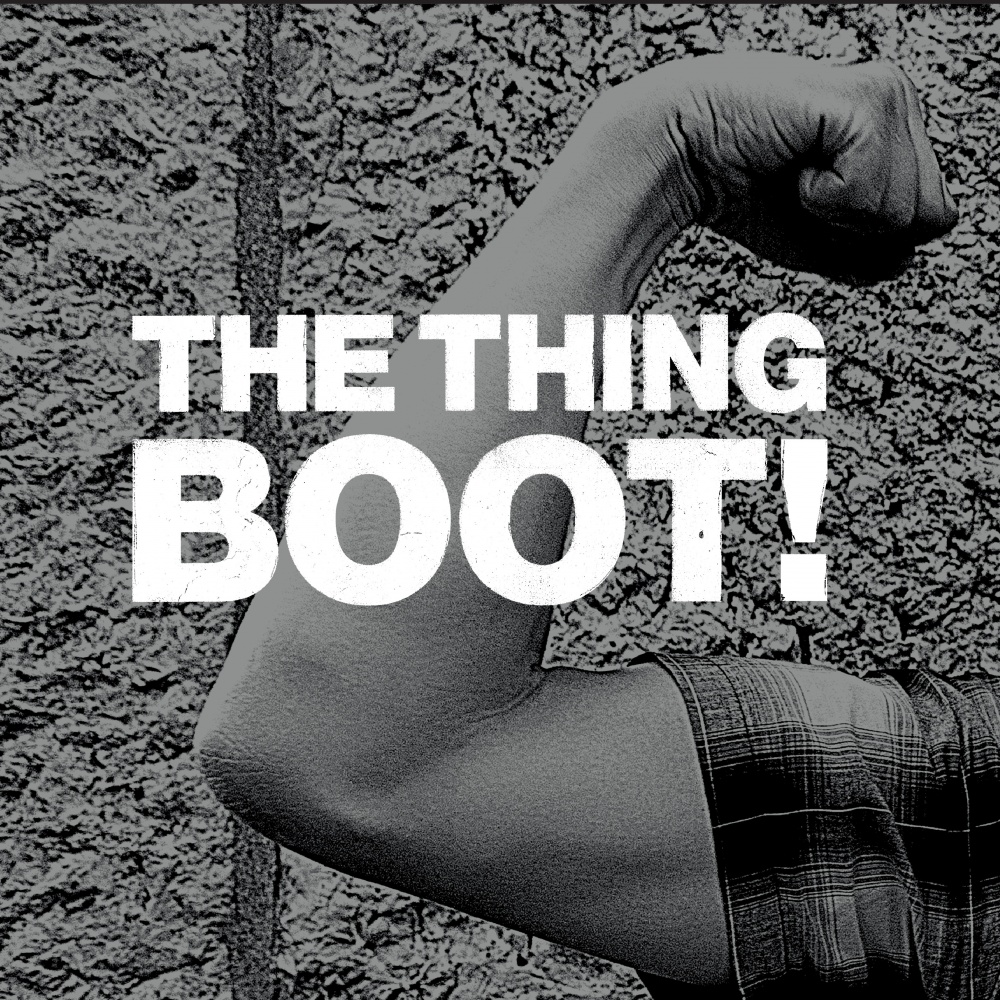 Swedish/Norwegian trio the Thing—who've covered the Cramps, the Sonics, and PJ Harvey and collaborated with Jim O’Rourke, Peter Brötzmann, and Merzbow—play free jazz you can stage dive to. Their sixth album, Boot!, is among the group’s finest efforts at pairing bludgeoning physicality with heady free jazz chops. Aaron Leitko, Pitchfork, 2013

It´s one earthquake/windstorm after another for an hour, possibly the group's best release since 2009´s Bag IT!
Phil Freemann, The Wire, 2013

For their new album they’ve gone back to their trio roots and sound rawer, more brutal and deconstructivist than ever before. What a hell of a record – in its literal sense!
Martin Schray, The Free Jazz Collective, 2013

Their dark, angst-ridden, cacophonic collision of bass, sax and drums comes across like the soundtrack to the apocalypse. Charles Waring, Record Collector, 2013