THE PAPER CHASE – Now you are one of us 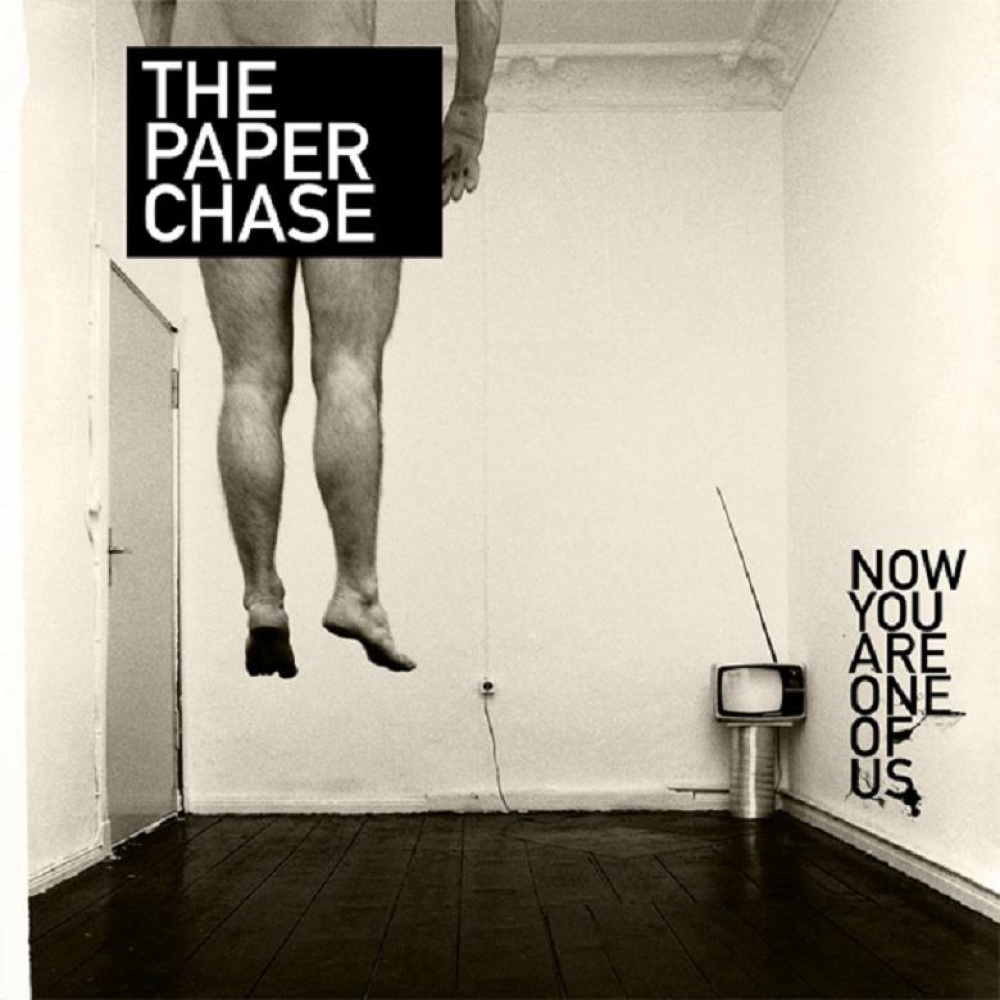 The Paper Chase’s signature sounds (strangled guitars, bombastic percussion, terror-stricken strings, bizarre samples and crashing pianos) are firmly in place on their latest work, Now You Are One of Us. Here, the Dallas quartet creates the sonic equivalent to George A. Romero’s classic zombie films, in which one and all inevitably become “one of them.”

Songwriter/singer John Congleton examines the way fear can be utilized as an instrument of control, even as it spreads like a plague across theland. Possessed by fear of pacification, domestication and ultimate dissolve, the characters in the songs struggle to retain their identity. Layers of trepidation are aurally peeled away and scrutinized while a looming unknown lies just below the surface. Beyond the fear of death is the characters’ dreadful realization that perhaps they never even existed. The sound of ghostly forces opening and closing squeaky doors becomes eerily significant, and Congleton’s trademark desperation is at its most crucial as he exclaims, “We will show this cruel world we were here.”

Despite the disturbed poltergeists that are its roommates, The Paper Chasesound right at home in their self-wrought haunted house. Over the album’s seamless course, the band not only offers battle anthems for those who won’t go down without a fight, but also the sadistic theme songs of their bloodthirsty attackers.

Tracks
1
It's Out There And It's Gonna Get You
2
We Know Where You Sleep
3
The Kids Will Grow Up To Be Assholes
4
Wait Until I Get My Hands On You
5
You Will Never Take Me Alive
6
Delivered In A Firm Unyielding Way Lingering For Just A Bit Too Long Communicate This Message
7
The Most Important Part Of Your Body
8
What's So Amazing About Grace
9
You're One Of Them Aren't You?
10
The Song Will Eat Itself
11
..And All The Candy You Can Eat
12
All Manner Of Pox Or Canker
13
At The Other End Of The Leash
14
We Will Make You One Of Us
15
The House Is Alive And The House Is Hungry
BUY 2LP: € 20,–