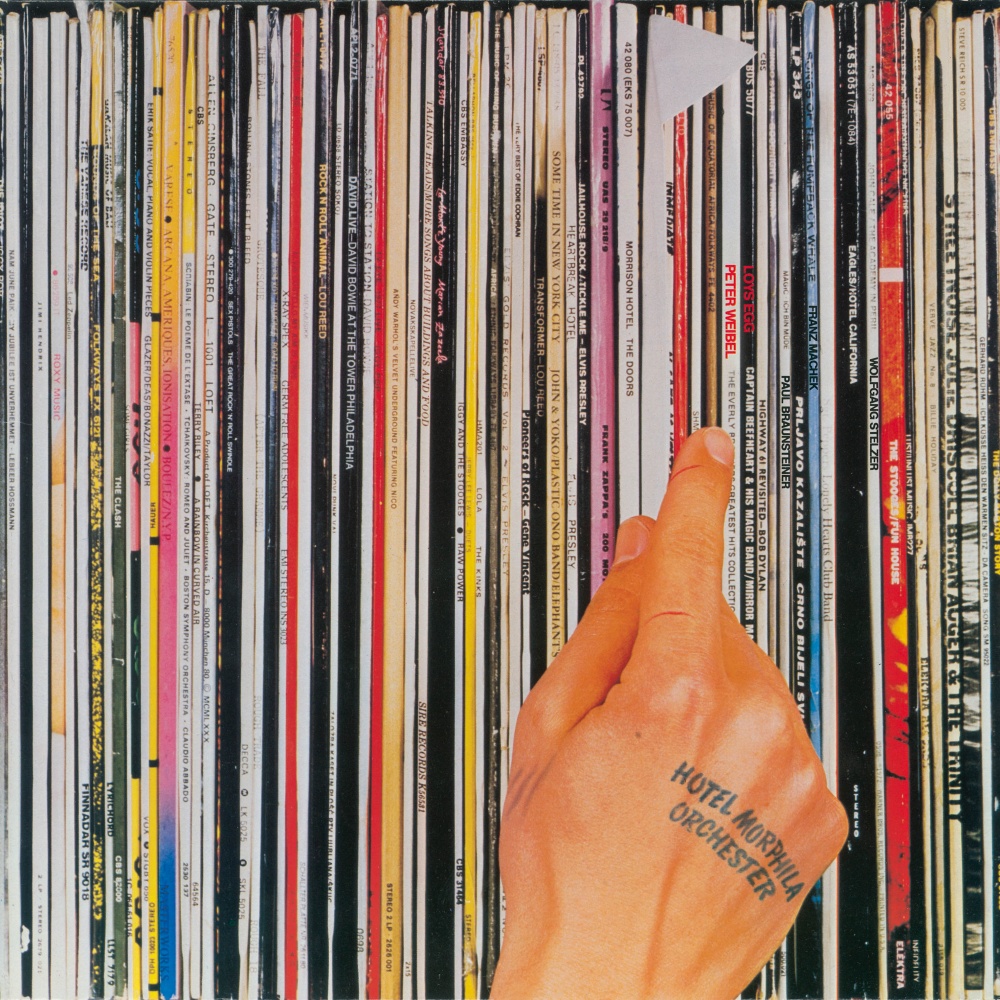 „In the old times in vienna every good hotel or coffee-house had their own orchestra. Since this tradition is extinct today we call ourselves after a hotel that doesn’t exist either. Hotels have a good tradition in rockmusic: Heartbreak Hotel, Morrison Hotel, Hotel California.... The name of the hotel swings between morbid, morphium, Morpheus (god of dreams/sleep), Mephistopheles, Morphe, Godzilla and indicates the character of the hotel, the guests, the music: monster-rock by machines, music of the metropoles, neon-rock, code-breaker, clinic-music for patients of all kinds“ (Peter Weibel)

In his unmistakebale flow of speach, where no syllable can be assured that it won’t drown in the flood of words, Peter Weibel recites the sincere lyrics, pushed by a heavy beat. Peter Weibel is internationally known for his work as an artist (conceptual, video, media), worked with the group of Viennese Actionism, lectures on various universities since the 70s, and since 1999 he is the head of the Karlsruhe „institut for art and media-technology“.In the 90s Germany’s „Chicks on Speed“ had an underground hit with the coverversion of Hotel Morphila Orchster’s „Sex in der Stadt“ („Sex in the city“).

Their only full-length album „Schwarze Energie“ from 1982 is an international collector’s item; the re-issue was remastered from the original tapes and put to 180 gram vinyl