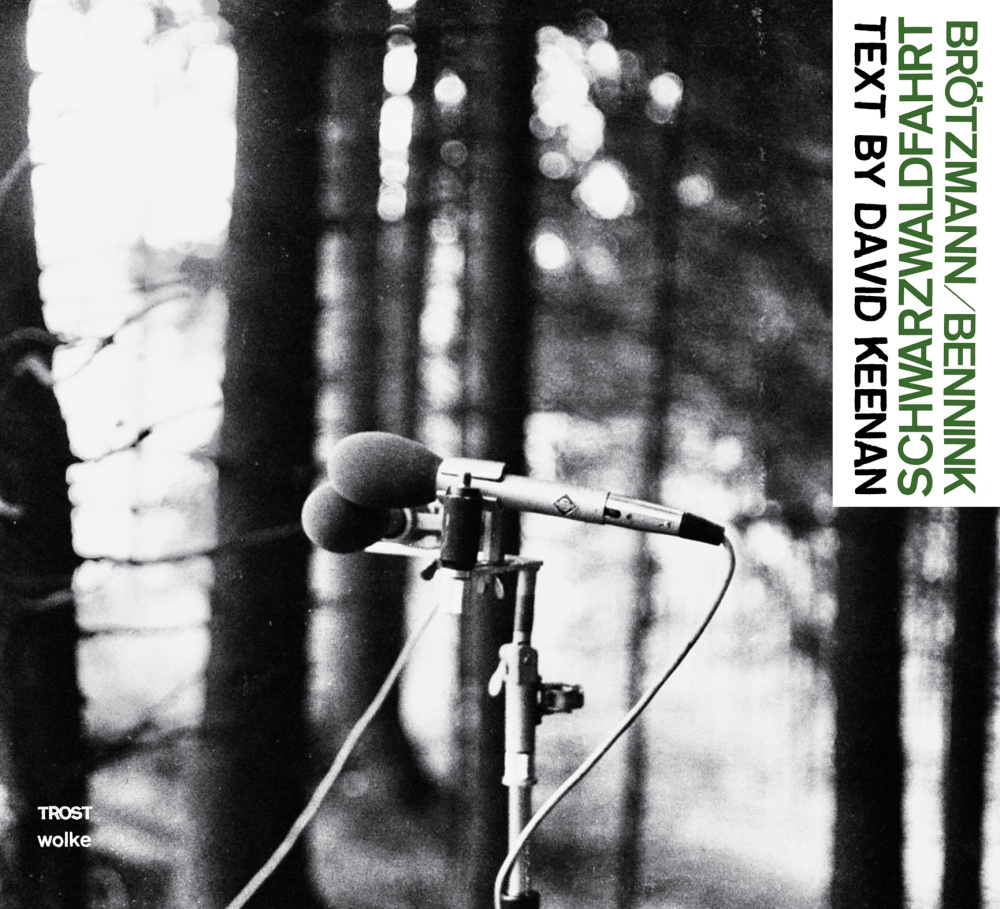 “In the spring of 1977, two musicians – Han Bennink and Peter Brötzmann – disappeared into the depths of a German deity named Dark Forest…” – David Keenan

Schwarzwaldfahrt is a magical document of a moment out of time, a moment when the saxophon player Peter Brötzmann and percussionist Han Bennink made a journey deep into the heart of the Black Forest with cameras and some early portable recording equipment in order to capture the sound of the moment. The recordings that they made there were released as the Schwarzwaldfahrt album by FMP in 1977 and it remains a free music classic, recorded completely in the open air, with Bennink and Brötzmann duetting with the birds, playing in the water, drumming on great natural xylophones made of logs and catching the sounds of airplanes strafing the skies. It is a music of eternal expansion, of elemental communion.

This new book comes with the original recordings on a CD and is assembled round a treasure trove of newly-discovered photographs taken during the trip by both Brötzmann and Bennink – photographs of each other, of their lodgings, of their ritual communions, of their route into, and out of, the forest. To contextualize the photos – and the music – author David Keenan (This Memorial Device) contributes an evocative/poetic text that situates the duo’s radical musical action in the context of their work while riffing on the uncanny beauty and long-ago aura of these evocative photographs, photos that seem to echo the very sounds of the Dark Forest itself.

“It’s so lonely, this music, these two friends, making music on their own, in all of this space, and back of time, now, too, a document of a world that seems less populated – by people, by ideas, by demands, by the tyranny of modern time, itself.” – David Keenan