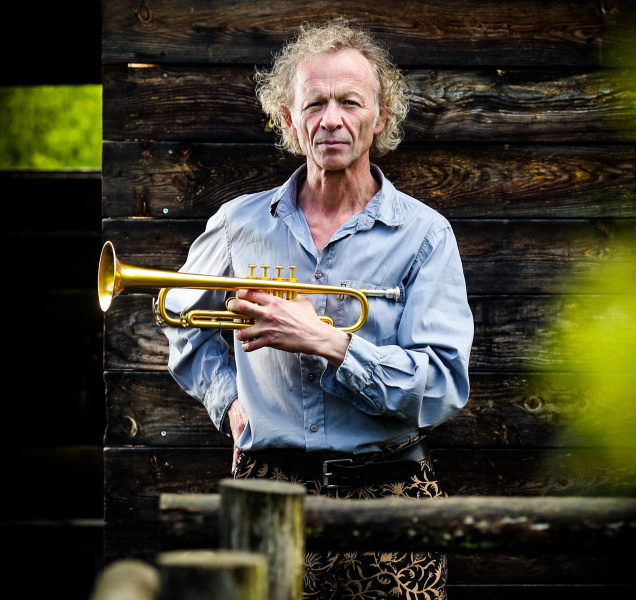 Detours often lead to more thrilling goals because they open up new perspectives. Franz Hautzinger has taken long and bendy detours and turned to many dead ends, he has spent years without instrumental activity and has made a hopeful new start. All this, those victories and defeats, this “History from the Total Crash to ‘Emergency Individualism’”, as he himself described it, made Franz Hautzinger the highly profiled musical personality that he is today.

Born on March 11, 1963 in Seewinkel, Burgenland, a Hannibal Marvin Peterson concert at Jazzgalerie Nickelsdorf was the young trumpeter’s “awakening experience”. He studied at the Jazz department of today’s Art University in Graz from 1981 to 1983 until lip palsy forced him to take a six year total break from trumpeting. After moving to Vienna in 1986 he started in 1989 to explore the trumpet in his very own and un-academic way.  His 10 month stay in London provided new ideas and contacts, amongst others Kenny Wheeler, Henry Lowther, John Russel, and Steve Noble. Hautzinger assimilated the stimuli in very different ways: in „Regenorchester“ („Rain Orchestra“) with its changing instrumentation, in the quartet with Helge Hinteregger, Oren Marshall and Steve Noble as well as in the trio “Speakers’ Corner” with guitarist Martin Siewert and drummer Wolfgang Reisinger.

The conscious decision to avoid electronic sound sources but to still comprehend the development of digital music on the trumpet – the quarter tone trumpet purchased in 1997 – were decisive stages for the creation of Franz Hautzinger’s sensational solo trumpet CD “Gomberg” (2000) on which he presented this new until then unheard cosmos of sound, collaborations with Derek Bailey, the “AMM” veterans Keith Rowe and John Tilbury as well as Axel Dörner, Christian Fennesz or Otomo Yoshihide followed. The step into the world of decelerated sound microscopy and from 2003 on the re-discovery of musical sensualism, the confrontation of his trumpet sounds with groove and tunes (“Regenorchester XI” and XII) can be considered as important stages in his development. Franz Hautzinger teaches at the Vienna Music University since 1989, is a member of the Berliner Ensemble “Zeitkratzer” since 1999 and received comissions from Klangforum Vienna amongst others. He is a globetrotter whose unmistakeable musical signature is known from Vienna to Berlin, London to Beirut, or in Tokyo, New York, and Chicago. Franz Hautzinger has shown that even in times where postmodernism is history an instrument can still be reinvented.